Twenty years ago I spent far too long in my slightly rubbish student flat putting off my uni work repeatedly for just “one more game” of what was, at the time, one of the best games I’d every played. The challenge was something I’d never experienced before in a racing game, with one false move potentially ruining 10 minutes of bravery, concentration and luck. That game was Colin McRae Rally, the first Codemasters rallying title in what became a long, varied and very successful sequence of games. The speed, reliance on pace notes and “oh God I’ve just thrown it off a cliff 50 metres from the finish” heartbreak was very real, pushing the game away from those who wanted to forget about braking and carefully considered lines round long, slippery bends. Now, back in 2019, DiRT Rally 2.0 (a name which in itself harks back to the sequel to my uni obsession, Colin McRae Rally 2.0) has arrived looking phenomenal, and possessing all of the traits that made the original so enduring to so many.

DiRT Rally 2.0 isn’t interested in holding your hand. You won’t get friendly introductions, or easy courses to help you figure out how to get things right. The only way you’ll be figuring out how to race is by racing and getting it wrong, something you’ll most likely do quite frequently as you get to grips with the game. Unless you’re some kind of rallying genius you’ll be clipping rocks and rolling your car, you’ll slide off corners which were tighter than you accounted for and end up smashing your windscreen against a tree, and you’ll be ripping wheels fully off the car or, at the very least, picking up a puncture and slowing you right down. The damage modelling is very real, and unless you’re careful you’ll be wrecking your stage before you’ve even hit half way.

In terms of how you can play, there are a few options. Firstly, and in a move I applaud with very few reservations, is the ability to pick any stage, any car, and take off straight away. There’s no need to unlock vehicles, there’s no need to play through a long career to unlock all of the locations, you can just pick an individual track (or indeed, create your own championship), set the weather and time of day, and hit the mud entirely as you want to. Everything is timed and uploaded to Racenet so you can compare times with your friends, and if you’re desperate to become an expert on a particular stage, or get to know a certain car inside out, you can easily do that. The only issue this brings along with it is whether it negates the buzz of progressing in the career mode at all. You can still set up your career, starting at the bottom and working your way up by earning new cars and hiring new staff, and the concept of building yourself up from nothing to the point of having a huge garage of cars, all fully upgraded and a staff list that reads like a who’s who of rallying engineering is still great. But don’t expect much by way of surprises in terms of vehicles or stages – what you see is very much what you get. 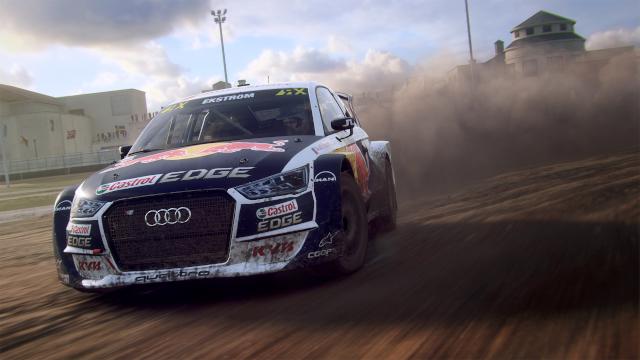 Speaking of the stages, it would be easy think Codemasters had been a little thrifty on their selection of locations and stages within them. There aren’t any snow-covered stages for example, although I’m not sure how many people would have enjoyed them in the first place. What’s more surprising is the location choices themselves. There’s no Swedish or Finnish stages for example, and anyone hoping to go sliding through the Welsh forests are going to be disappointed. Instead, stages from Argentina, Australia, Spain, New Zealand, Poland and the leafy USA are the only places to hone your skills. But the stages across these locations are varied, both in surface type and surroundings, so if the countries themselves upset you just pretend you’re elsewhere. Easy. I’m hoping more locations will be added later on, but if not it’s not the end of the world. Especially when the stages themselves are very rarely the same twice.

That’s because of the stage degradation system, making the surface of each stage get more and more churned up as the rally progresses. If you’re the first car through a stage for example, making the most of a flatter, less disturbed surface it’ll feel different to if you were the 15th car through, suffering at the hands of those cars that have gone before, mixing up the surface and putting grooves into the mud. With the car’s handling being sensitive enough already, these small changes can have quite an impact on your race, meaning your carefully practised methods might end up falling apart when a corner catches you out because of there being slightly less grip. It’s a subtle but excellently implemented system, giving each course a unique, never-quite-sure personality that can punish you at a moment’s notice.

Elsewhere the brilliantly fun Rallycross makes a welcome return, giving you a range of tracks to pound round as well as some obvious scope for brilliant, chaotic multiplayer. The racing methods needed here are very different to those when you’re against the clock, giving you two very different types of game in the same package with some major adjustments needed when switching from one to the other. Here you’re racing other cars, on a standard mixed-surface track, with an alternative “joker” route that you need to take at least once per race. (Incidentally if you’ve never seen any professional Rallycross take a look on Youtube, it’s all officially uploaded and is amazing to watch…). 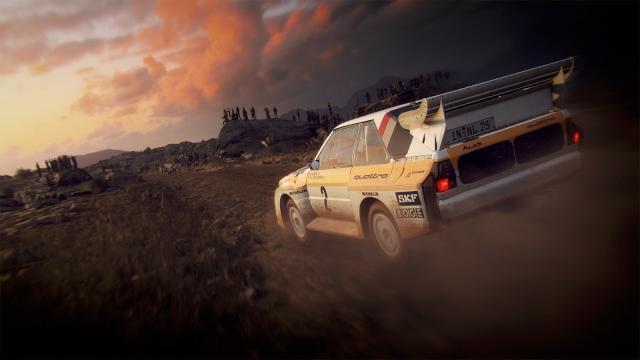 But with all of this great stuff available in DiRT Rally 2.0, one thing needs to be made very, very clear: this game is hard. Not difficult in a “gosh, I only just won my first race” way, but in a “so I just messed up my 10 minute stage by hitting that rock right at the end and ending up upside down?” kind of way. You need to go fast otherwise you won’t win, but by going fast you need millimetre perfect steering adjustments, you need to be careful on the brakes and throttle to prevent yourself under or oversteering. You need to listen intently to the pace notes, your co-driver barking instructions at you multiple corners at a time, all while you’re trying to drive at over 100mph through a windy forest. At night. In the rain. Faster than anyone else manages it. The scope for error is huge, and before you think “how hard can it be with Codemasters’ brilliant Flashback feature?”, I’ll tell you how hard – that feature isn’t in DiRT Rally 2.0. There’s no rewind, no recovery, just the option to restart the stage again, and you’ve only got a set number of chances to do that in any competition.

That might scare some people. But to me, the challenge is the key to this game’s brilliance. If you get it right, it feels amazing. You might go 6 or 7 minutes barely blinking, throwing your car round corners using inch-perfect lines, finishing with no damage and a 10 second lead over the next driver. When that happens you appreciate the genius behind the game, and it inspires you to do the same again. To practise. To improve.

Any game that can leave you with such a buzz of achievement is just fine in my book. Codemasters have absolutely knocked it out the park again.