The GRID series has always given us amazing and exciting racing, and while some people have found things to be a bit up and down there’s always been that undercurrent of intense action. The incredible opening game in the GRID series, which gave me so many amazing multiplayer nights on the PS3, has often been seen as the one game out of the lot which never got bettered, but I’m pretty confident that’s about to change. We’ve spent a sizeable chunk of time playing GRID Legends in the past week or so, and I’m loving what I’ve seen.

The driving force behind GRID’s single player side is the story mode, which does a very decent job at guiding you through a range of different racing disciplines while taking you through a rags to riches plot as you join up with the Seneca racing team. While the acting is pretty stereotypical for a game (in so much as as the likelihood of an Oscar is pretty low) it’s a respectable effort all the same, especially when you consider everything was filmed during the tricky restrictions brought about by Covid. The story starts off with an explosive turning point in the team’s progression, then takes you back to allow you to see how the previous events transpired, before promoting you to the key player within the team and pushing on to take Seneca to the top. Fans of the original GRID game will love seeing Ravenwest back as the team to beat, complete with Nathan McKane as the main protagonist doing his best to put a stop to your team’s progress. It’s fair to say that while the story may not be the game strongest aspect here, Codemasters are certainly upping their game when it comes to the production of these story modes and you’ll enjoy a good few hours as you try and get yourself back up into McKane’s face again. 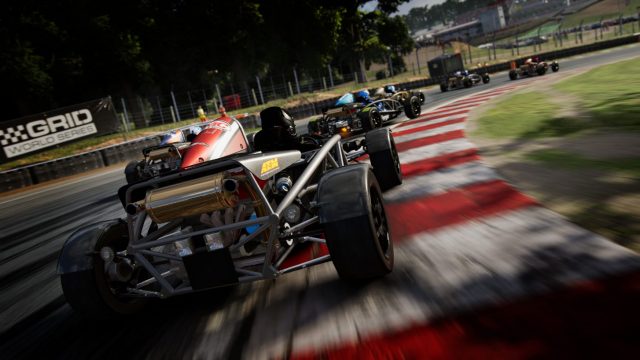 Elsewhere you have a stand career mode whereby you can work your way through a series of challenges and events in order to improve the quality of your team, including your engineer and second driver. There’s more control here over what order do the events in, and as such if there’s something that you particularly enjoy more, or a discipline you want to focus on more, you can press on with those events first. There are dozens of different types of cars to drive from classic touring cars from the 90s, through to stadium trucks with their incredibly springy suspension and ramps around the track, with a wide range of trucks and cars in-between. Each vehicle has its own characteristics and feels different to drive, and yet it’s unusual that things feel like they’re difficult to grasp or out of control. A range of driving aids and assists means that whether you’re new to the grid series or a seasoned pro there’s a difficulty and combination of driving aids to suit you – if you’re even remotely proficient with racers you’ll want to crank things waaaay up to give you the most intense challenge, and in my opinion the most enjoyment.

But what of the racing itself? This is where GRID Legends really shines and shows just how determined Codemasters were to get the racing quality back to what GRID was famous for way back at the beginning. Once you dial in the difficulty to match your own ability battles are fierce, unforgiving, challenging, but most of all incredible fun. If you’re looking for intense and exciting racing then you’re absolutely in the right place. But don’t think that means you can just drive through every driver that you come across and get ram-happy, because that’s one sure fire way of making sure you’ll end up with a nemesis on track. While this sounds like the kind of thing that’s been done before, this cranks up the level of aggression that your nemesis will show against you, and it’s pretty impressive. Drivers that you’ve upset will swerve in front of you to block you, push you into barriers, lean on you through corners to shove you into the gravel, and make crazy dives for position in a way that they possibly wouldn’t under normal circumstances. 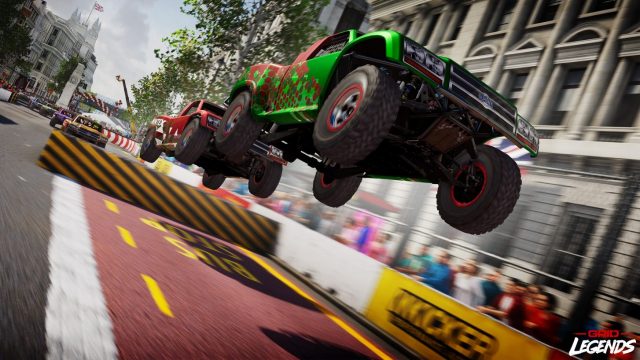 And this is before we even start thinking about the online options, with the biggest addition being drop-in racing. This means that instead of sitting and waiting for a lobby to become available or a race to finish, you can just choose to join the race and get dropped into a car currently being controlled by the AI. While this means you don’t get to pick your car or livery, it does mean you can just go straight into the race in the heart of the excitement without having to sit and wait for the last few laps of a previous race to finish. The intensity and aggression of online racing varies depending on who it is your racing against, but the inclusion of mixed category racing with staggered starts means that while you might have a 30-second head start on some of the other drivers, they’ll be bearing down at you for the entire course of the race. This sounds like it could be pretty unfair against one set of drivers when there’s a pack of 10 players in faster vehicles, but each time I’ve been in a mixed class race it’s come down to the last few corners as to who actually comes out the winner. Beating a high-powered racing truck whilst driving a Mini is something that you can take particular pride in, and it’s a very very nice option to have.

You’ve also got the livery designer complete with dozens of different colours for you to get your car looking exactly as you want. The editor gives you loads of different patterns styles (more of which you can unlock as you progress through the game) and allows you to recolour it however you want. It sounds restrictive in principle, and while it doesn’t match up to the likes of the livery editors found in Forza and Gran Turismo, it’s still more than enough to put your own personal spin on your seeing colours. Then you’ve got the incredible race designer, which allows you to create your own events using any vehicles and tracks you want, whatever weather, at any time of day and even include time acceleration if you want as well. So if you want to start a race at midday, make it a 30-minute race and accelerate time so you end up driving at night by the time the chequered flag falls, you can do that. If that’s not quite exciting enough then you can even add snow or rain to add more challenge to the mix. The possibilities are enormous, letting you have any combination of vehicle, track, weather and time to create some genuinely unique and exciting opportunities. 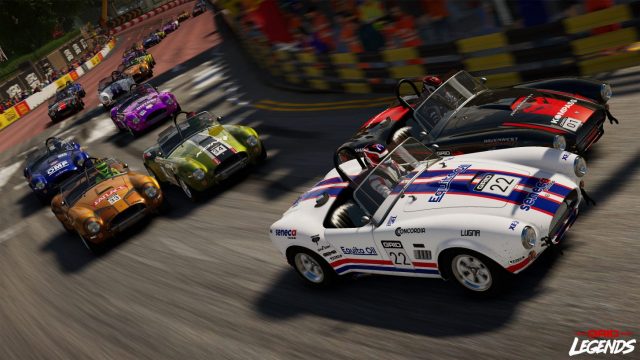 It’s clear to see how much I love GRID Legends, and while it’s absolutely the game I was hoping it would be there are still one or two little things that I might like to have seen. The sound design is generally brilliant, with engines that grunt and growl in a very satisfying way, but the tyre squeal and some of the collision noises aren’t quite as meaty as they might’ve been. In addition to this  considering how beautiful the game looks (something I haven’t even discussed but is pretty obvious from the screenshots) the lack of photo mode is a little disappointing and would really allow you to come up with some incredible shots to show off just how fantastic this game looks at times. I’m really hoping this gets added soon, it’s something I’d use a lot that’s for sure.

But those small gripes aside I’m absolutely delighted with how GRID Legends has turned out. It keeps the excitement of GRID titles that have gone before, provides endless intense and exciting racing, and has one of the most flexible race editors and online options I can remember seeing. If you’re holding out on this while you wait for Gran Turismo 7, I’d seriously rethink that decision. This is a very different type of racer, a very different style of driving, and there is absolutely room for both of these games in your collection. If you like the look of it, then buy it and I’m confident you won’t regret it. It’s really that good. GRID is most definitely back to its best, and you won’t find a more adrenaline-fuelled racer anywhere else.