I really enjoyed Murder Mystery Machine. It has to controlling a police detective in an isometric point of view. There are a series of murder cases for which you have to solve, and off you trot.

Your partner is a bit of a miserable git, and your relationship underpins the dynamic of the game. It’s really like playing the post of a police TV show, as the characters react to each other and their relationship develops over the cases.

Murder Mystery Machine’s gameplay is split into two parts. The first is the real-time gameplay element, as you walk out the scenes and investigate for clues. I found a few times that things I found didn’t ‘trigger’ until I learned the trick to hang around near them, and then they get ‘logged’. Moving the camera around can reveal new objects from your perspective, so that becomes your method for interrogation.

Suspects can also be interviewed to gather information, and the more you collate, the better – as you move into the second part of the gameplay; the deduction.

The evidence screen shows you a list of all of the clues and people you have found in the crime scene. You will link all of the pieces together as relevant, to forge a summary of who did the crime, where they did it and when (these elements vary depending on the crime scene). 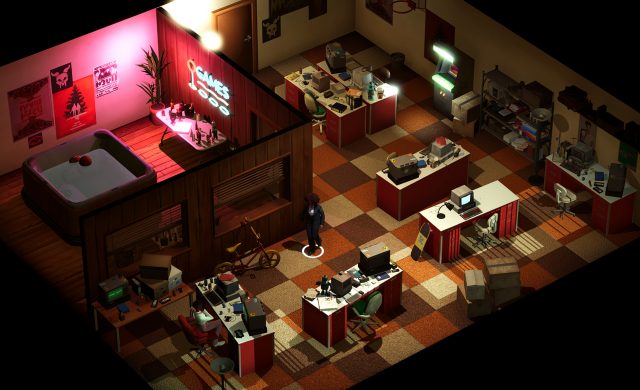 Creating these connections is really fun, and it makes you think. It reminded me a bit of the interrogations in LA Noire, purely in terms of how you had to pick certain things to do and deductions to make best on the information you have to hand. Sometimes there is a bit of trial and error, and as the complexity increases, it can be a bit frustrating – but I suppose if it were easy, it would make for a very short game.

The artistic approach of the characters is interesting, it’s sort of a pseudo-realistic approach akin to that of Fortnite, where they look real but slightly disproportionate. They’re a bit whacky looking, but I liked it – although I did have to turn the sound off after a while as the music began to erode my ears.

I’ve not played many games like Murder Mystery Machine since perhaps the CSI games on my old PC many, many years ago. It’s a refreshing change of pace, and a bit of a palate-cleanser from the constant barrage of shooting and action which I spend a lot of my time engrossed in.