The name might be a bit of a mouthful, but the GameSir F8 Pro Snowgon Mobile Cooling Grip is designed to give you more comfortable mobile gaming, while simultaneously keeping your phone nice and chilled and prolong the life of your battery and various other innards. In the right situation, and the right place, it does an excellent job of all of those things, but there are a few issues that might put you off. Read on…

First off, let me explain my opening few moments with the F8 Pro. Realising the controller slid apart to accommodate a range of phone sizes, I dropped in my Pixel 5 without taking the case off. I figured if this thing was going to be effective, it was going to have to be effective without me stripping my phone naked every time I wanted to use it. It fit nicely, felt good to hold and stood up really nicely once I found the small kick-stand type thing on the back. I also found the “on” switch, which I gleefully flicked across.

Ok well, maybe it needed charging. Half an hour later, I unplug it and… still nothing. Reluctantly I dive into the instructions to find it’s not battery powered, so needs to be plugged in via the USB cable whenever you want to use it. Bummer. If you were hoping to sit on a bus or other such place and use this, you’re going to struggle. Still, I usually play on my phone when I’m sat on the sofa anyway, so maybe this isn’t such a big deal for me. So, plugged in, I switch it on. The RGB lighting at the back fires up light a Christmas decoration, and… no fan. Just as I was starting to wonder what was going on, the fan fired up, presumably in response to my toasty phone waking up and picking up a few degrees. It’s a small fan so not the quietest, but with the volume of the phone turned up it soon faded behind the racket of Call of Duty, a game that generally likes to hike up the temperature by a good few degrees and well above 40C. So with my temperature monitor ticking over, and a game of COD cranking up, I checked the temps regularly to see what was going on. 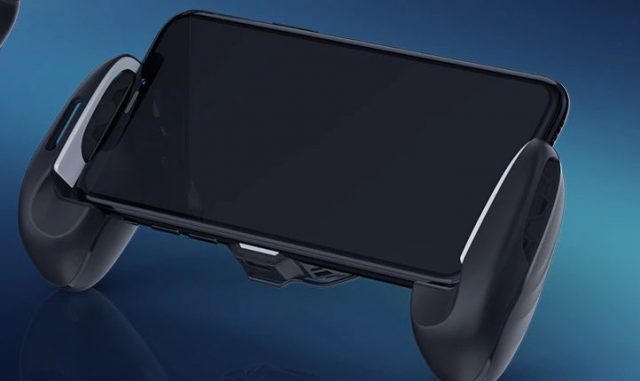 And, remarkably, nothing was going on. The 35 degrees that my phone happily sat on before starting all this never really changed as it usually would. The fan wound itself up and eased off by itself, but the phone remained very nicely chilled. And, having taken the phone off and felt how cold the F8’s pad was against the phone, it’s no wonder. That thing was cold, and to keep my phone several degrees cooler than it would normally be, even through the case don’t forget, was really impressive.

And so in terms of its main raison d’etre, the F8 Pro delivers very good results. But it’s not without its awkwardness. After a short while the comfort levels started to dip a bit, and while it doesn’t stop you from accessing any part of the screen (and is far better than just holding your phone) if you’re used to “proper” controllers you shouldn’t expect the same design standards here. It’s designed as a “grip” as opposed to a controller, and you can clip on the GameSir F2 or F5 triggers to help you out even more, but it does emphasise how limited phones are as a gaming platform. The games themselves might be decent, but finding a way to make them comfortable for long periods of time is proving to be a more tricky task. 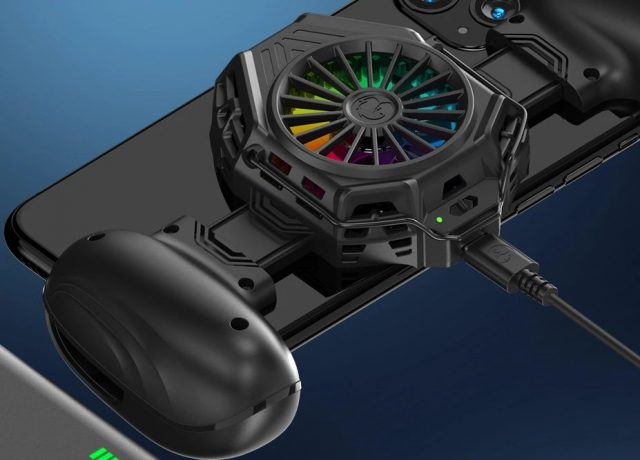 So before diving into buying the F8 Pro, you need to ask yourself a couple of things and understand what’s important. Are you conscious of your phone getting too hot, and want to cool it down a bit while gaming? Well this is ideal, and will serve you very well. If you’re after something that’s solely set out to give you something more solid to hold then this might drop short of your expectations. It’s fine for shorter sessions and is better than using the phone by itself, but it’s the need to be plugged in that’s going to be more of a nuisance for some people, and really limits the flexibility of the device as a viable out-and-about solution. Sure you can use a power bank, but that’s adding bulk and awkwardness if you’re on the move.

But for chilling your phone? It’s spot on, and easy to recommend