It’s really hard to decide what I think about The Suicide of Rachel Foster. On one hand I loved the setting, the wonderfully created hotel and the atmosphere felt as you walk around trying to work out various things that I’ll look at in a moment. But then, there’s the actual issue that the whole story revolves around which, having spent a lot of time working with children, wasn’t handled or portrayed in a way that I feel is particularly ideal.

Quite some time ago we reviewed Gone Home; if you’re not aware of that one it’s a game involving a young girl who returns home to find the place abandoned, and needs to explore an empty house to find out what’s going on. It was a beautifully made game with a strong story that really left a lingering impression. The Suicide of Rachel Foster tries hard to stick to this formula. The story casts you as Nicole, a young woman who returns to her family-owned hotel ten years after leaving it with her mother after discovering her dad had got another 16 year old girl pregnant. That girl, Rachel Foster, went on to commit suicide, which as storylines go has the potential to tackle some seriously dark topics with sensitivity and intelligence. But this is where the game falls on its face and where, in my education-based opinion, the plot missed some big opportunities and took some wrong turns.

The problems come from the fact that the obvious issues at play here, those of grooming, paedophilia and the mental impact these have on their victims, are brushed over and almost made to seem like romantic endeavours. There’s little here other than the obvious suicide end result to emphasise the scale of how wrong these things are, and while it’s eventually up to the player to make their own minds up there’s a limit to where “choose your own morals” should end when dealing with such sensitive and potentially upsetting subjects. I appreciate the developer’s efforts to use such shocking themes in a game of this genre, and they’re issues that absolutely should be out in the open and talked about freely and openly, but I can’t help but wonder if anyone ran the script and general plot across any mental health or child abuse organisations. You might play this through and not see any problems with the storyline at all, but with my own professional background it really didn’t sit comfortably with me how the game just didn’t challenge what had happened. 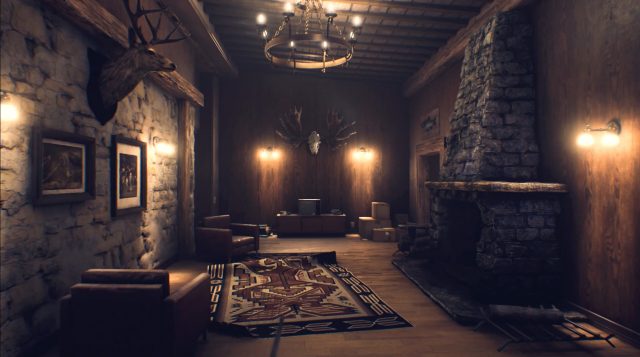 Which is a shame really, because the rest of the game is put together absolutely beautifully. The hotel itself is a mix of narrow corridors and large open rooms, and has that slight Shining-esque feel that leaves you waiting for a jump scare round every corner that never really arrives. But it’s not a jumpy game, it’s not meant to be. This is about the atmosphere of not quite knowing what you’ll find, whether it’s rounding a corner to see a crumbling, damp wall or opening a door to find a sickeningly sweet love den where the aforementioned grooming led to. I often look at abandoned buildings and wish I could walk round and explore them before they get demolished or just fall down by themselves, and this is what The Suicide of Rachel Foster does best. Every room, every corridor, every other area you explore all has that feeling that you’re somewhere you shouldn’t be, somewhere that should be bustling with life and filled with other people, but there’s nothing except the sounds of your surroundings and the communication you have with a FEMA agent on an early mobile phone (this is the 90s after all) to keep you company.

So as is obvious by now, it’s hard to know what to say about this. I loved the exploring, the setting, and discovering of backstory as the game. But I just can’t shake the nagging feeling that the story wasn’t handled in an overly amazing way. It wouldn’t take much to turn this around completely, and I’m absolutely certain that for some people the story won’t carry any issues at all which is fine, but for me it put a considerable dent in what could’ve been an excellent exploration game.